Android is an operating system delevoped by Google.

Since it's beginning, Android has gone through a number of version updates. With the exception of the first couple versions, each version is named after a different food, and is also given it's own number. For example, the newest version is Android 5.0 Lollipop. 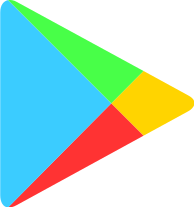 Google Play has become the "ecosystem" for Android, which in many ways, makes Android primarily centered around the service. Most Google Play apps are installed on Android by default, including Play Music, Play Books, Play Movies & TV, and Play Store. Google's gaming service, entitled Play Games, is also available for download through the Play Store.

Several lawsuits have been filed against Google by Apple, Microsoft, Oracle and other companies via patents to limit and hurt Android-based software and hardware. However, very few, if any of the ones aimed directly at the Android operating system have been successful.

Android runs on a number of different types of mobile devices. It is most commonly found on smartphones and tablets. Other projects (some from Google itself) are planned to run on Android as well. Most personal computers can also run Android, with an almost full set of Android features and hardware support as a regular Linux install.